It has been reported that, the Mutineering soldiers in Mali on Tuesday, detained the current President of the country, Ibrahim Boubacar Keita and Prime Minister Boubou Cisse. 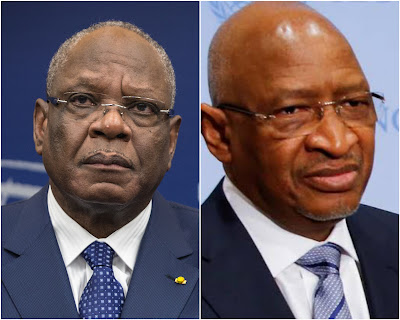 According to one of their leaders who spoke on anonymity to AFP, “We can tell you that the president and the prime minister are under our control,”.

He also went on to state that, the pair had been “arrested” at Keita’s residence in the country's capital Bamako.

Another military official, who also declined to be named, said the president and prime minister were in an armoured vehicle en route to Kati.