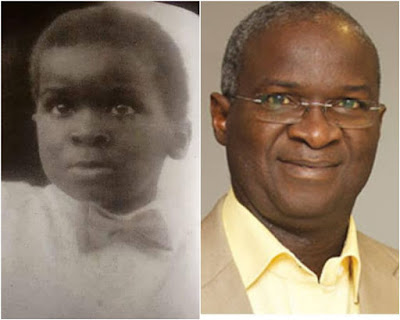 Let's learn a few things about this Nigerian lawyer and politician.

According to Wikipedia, Babatunde Fashola was born on the 28th of June, 1963 into the family of late Alhaji Ademola Fashola. 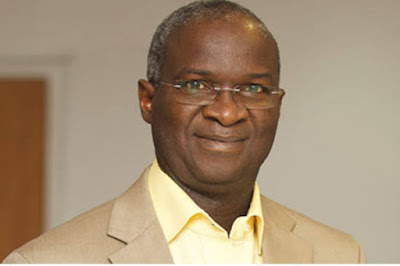 Fashola undertook the professional training programme at the Nigerian Law School, Lagos between 1987 and 1988, and after completion was called to the Nigerian Bar as a solicitor and advocate of the Supreme Court of Nigeria in November 1988.

On the 29th of May 2007, he commenced a four-year tenure as the Executive Governor of Lagos State after emerging victorious in the elections. He was re-elected for a second term in office and was sworn in on the 29th of May, 2011. See the childhood photo of Babatunde Fashola below. 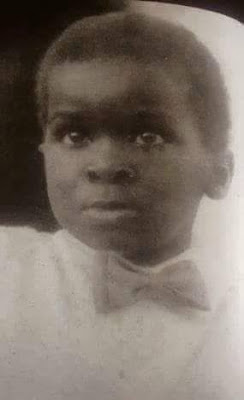