The Edo State chapter of the Peoples D‎emocratic Party, PDP, has recently alleged that it has uncovered a plot of which the All Progressives Congress, APC, armed with fake result sheets, would at an unknown location, write the results of the state governorship poll even when the election is ongoing. 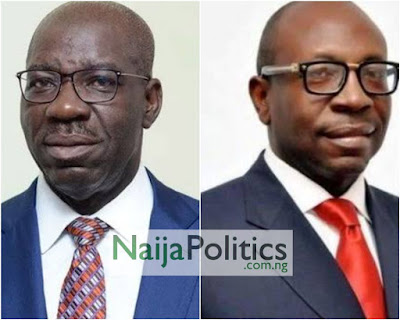 Chris Nehikhare, the Publicity Secretary of the PDP in Edo state, made the allegation while addressing journalists in Benin City the state capital.

According to Nehikhare, Edo people were wiser now and they will defend their votes.

The Sun revealed that, when Asked what the PDP has done about the said allegation, Nehikhare said “the first‎ is what we are doing now, to alert Edo people to be vigilant; we have alerted INEC of the alleged plan and they have assured that such will not happen”.

The PDP spokesman, further accused the APC of reeling out fake news of arms build-up‎ by the PDP, saying that it was designed to scare the electorate from coming out to vote.

He  ‎commended journalists for accurate reportage of the PDP ward to ward campaign in the 55 wards of Edo Central Senatorial district.