Igbo Presidency: What You May Have Missed From List of Eminent Candidates

Igbo Presidency: What You May Have Missed From List of Eminent Candidates 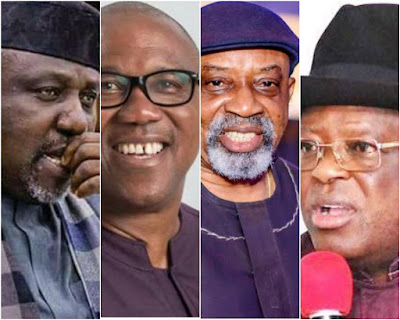 In recent news, we have learnt that a political group, known as the Igbo for President Solidarity Group (IPSC), through its President, Dr. Olukayode Oshiariyo, named some eminent South-East politicians that are qualified as presidential candidates in 2023 general elections.

The group made this known after a meeting in Abuja on Friday.

From the statement made by Oshiariyo we will understand that:

Either a man or woman from the South-East should become president of Nigeria come 2023.

The group will visit Obas, Eze, Emirs, Obi and Chiefs across the six geo-political zones to examine the character and integrity of the 11 suggested candidates.

The group declared that South East is the only zone in the southern region that is still yet to produce a President since 1999.