Reps says it will not probe Chinese loans alone

Reps says it will not probe Chinese loans alone 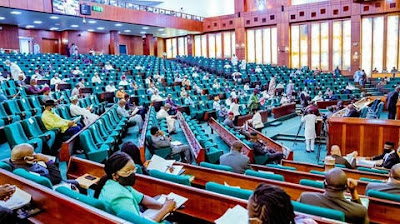 The House of Representatives has revealed that, it is not only investing external borrowings by Nigeria from China, noting that the country now has over 500 contractual and bilateral agreements with various countries.

This was made known by the House Committee on Committee on Treaties, Protocols, and Agreements on Monday in Abuja, as its investigating hearing on foreign loans continues.

According to the PUNCH, Nichola Ossai, the Chairman of the committee, noted that the lawmakers were not against the loans or the projects for which they were taken, but would discourage agreements that could have serious implications especially on the sovereignty of the nation.

According to the chairman, some clauses in the agreements are bogus and innocuous.

Ossai also stated that the probe is not about the Peoples Democratic Party-led governments or All Progressives Congress or the current regime led by the President, retired Major General Muhammadu Buhari.