EDO: Ize-Iyamu of APC Makes Plan for Next Move Hours After Defeat

EDO: Ize-Iyamu of APC Makes Plan for Next Move Hours After Defeat 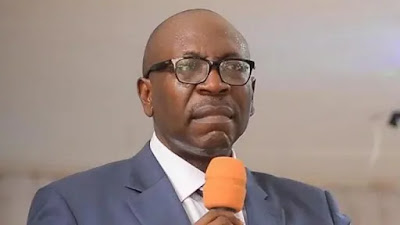 Just hours after the conclusion of the Saturday governorship election in Edo State, the candidate of the All Progressive Congress, Pastor Osagie Ize-Iyamu, has complained over what he described as alleged prevention of the party members from performing the civic right.

Ize-Iyamu made this known via his verified Twitter account '@pastorizeiyamu'. According to his tweet, he expressed his thanks towards his supporters who according to him were being prevented from voting and assured them of announcing his next move soon. 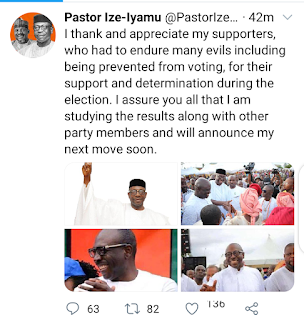