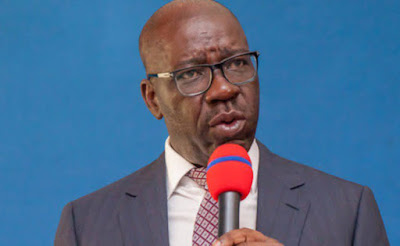 Godwin Obaseki, the incumbent Governor of Edo State and the Candidate of the Peoples Democratic Party, PDP,  has said security agents worked contrary to the promises made to people of the state and Nigerians, before the election.

The governor, made this known as while responding responding to the issue of vote-buying at polling units in the state.

According to Obaseki: “The security agencies assured us that they won’t allow anybody who doesn’t have a business of voting, into a particular place, but they are working contrary to what they promised us.

“You can see cars parked with a lot of cash being disbursed to people buying votes, and it seems to be normal practice, but we are not perturbed as people know what to do. Cash can’t buy their future.”