We have come across a Throwback Photo Of Yakubu Gowon Shaking Hands With Young Justin Trudeau, Canadian Prime Minister.

For those people who may not know Yakubu Gowon, according to Wikipedia Gowon is a Nigerian political and military leader who ruled during the deadly era of the Nigerian Civil War, which claimed the lives of 3 million people, most which were civilians according to reports. He took power as the 3rd Head of State of Nigeria after the 1966 Nigerian counter-coup and was overthrown in the 1975 Nigerian coup d'état.

Life is totally unpredictable, nobody knows tomorrow see the throwback photo below. 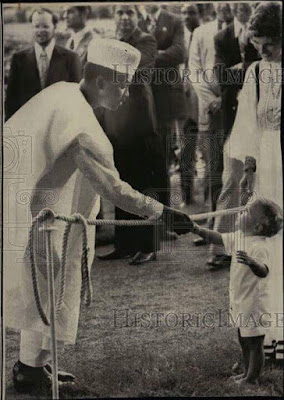 According to the photo, Prime Minister Justin Trudeau was said to be 2 years old at the time this photo was taken. Justin Pierre James Trudeau was born on the 25th of December, 1971 at the Ottawa Civic Hospital, and has served as the 23rd prime minister of Canada since 2015. 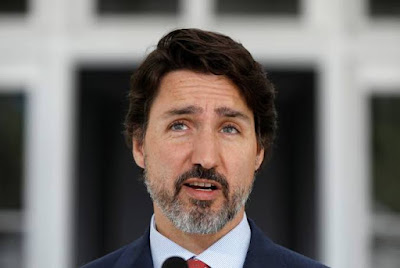 Who would have pictured a 2 year old boy becoming the prime minister later in life?