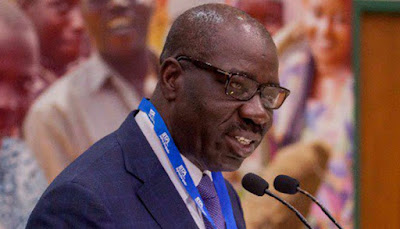 According to results collated in 18 LGAs early Sunday, Obaseki won in 15 local government areas of the state with a total of 307,955 votes.

After A successful re-election the governor has given Victory Speech alongside other PDP leaders.