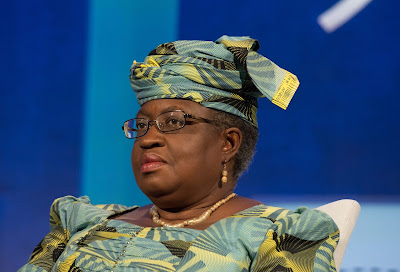 The economy technocrat, Okonjo Iweala emerged as the new director general world Trade Organization in the just concluded directorial contest . The erstwhile  Minister of the Federal Republic of Nigeria, observed the sequence of interviews with a torch of impeccable excellence, resulting to the overall result that became known in the late hours of yesterday.

Iweala who was recommended by president Muhammadu Buhari on behalf of the Nation, achieved the towering feat courtesy of her quest for excellence and hard work.

World Trade Organization is comprises of 164 countries across the world, and have been  established in 1995.  Iweala is the first woman Director General since the organization's years of existence.

The official announcement by WTO awaits...