IPOB: Wike to Reward N50m to Anyone With Useful Information on Stanley Mgbere

IPOB: Wike to Reward N50m to Anyone With Useful Information on Stanley Mgbere 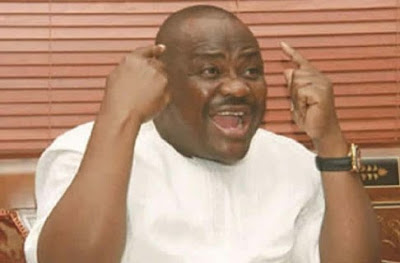 Nyesom Wike, the Governor of Rivers State has placed a bounty on one Stanley Mgbere who is said to be a member of the banned Indigenous Peoples of Biafra (IPOB), and who allegedly caused mayhem in the Oyigbo Local Government Area of the state.

This was made known via a statement made available by Mr. Kelvin Ebiri, the Special Assistant to the Governor on Media, on Friday.

According to Ebiri, Wike has reinforced the ban on all forms of processions and agitation by IPOB or any of its affiliate in parts of the state, and pledged to reward anyone with information about Stanley Mgbere with the sum of N50 million.

"Security agencies are hereby directed to stop any form of procession or agitation by IPOB in Rivers State or any part thereof and arrest and prosecute any person or group that identifies with the membership or activities of IPOB in the State; Government will issue an executive order to strengthen and ensure the effective enforcement of these measures,” the statement said.

The governor who described the activities of IPOB as “Devilish” noted that the state has become the resident for the group which he claimed had become notorious for launching premeditated violence and terror on the State, businesses and innocent citizens. He recounted that the group continued with its “destructive activities at Rumukwurushi, Iriebe and Oyigbo in open defiance of the State Government’s curfew on human movements”.