#LekkiMassacre: Men In Military Uniform Were At Scene Of Shooting - Sanwo-Olu Reveals

#LekkiMassacre: Men In Military Uniform Were At Scene Of Shooting - Sanwo-Olu Reveals 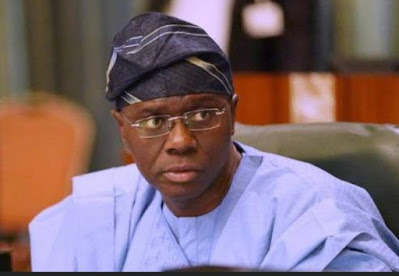 Lagos State Governor, Babajide Sanwo-Olu, has revealed that Men of the Nigerian Army were present at the scene of the Lekki Toll Gate Shootings on protesters in Lagos state on Tuesday, October 10.
This comes after the Nigerian Army denied the attacks, as it tagged it as "Fake News" in a series of tweets on its official Twitter handle.
However, Governor Babajide Sanwo-Olu while speaking with CNN disclosed that a CCTV footage from the Lekki Toll Gate confirmed that men in military uniforms carried out the massacre.
The Governor further disclosed that full investigation will be commencing on Monday, as it will all be available for the Judicial Panel to review.
The Governor assured on full commitment to a full investigation of what happened at the Lekki Toll Gate.

“We will do everything to ensure that they are held accountable.

“I am not the Commander-in-Chief of the Armed Forces, I am the governor of a state. My report will be out, we will channel the report to all relevant authorities in the state to ensure that everyone that is found culpable is accountable for the act," Governor Sanwo-Olu said.