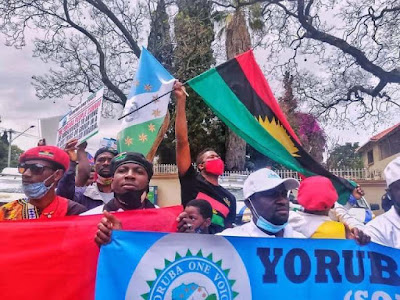 Igbo group known as Indigenous People of Biafra, (IPOB) and Yoruba group known as Yoruba One Voice (YOV) fighting for actualization of its sovereign state made it's promise to protest on October 1 a reality.

The groups were on Thursday involved in an alliance march, both in Nigeria and abroad, they protested against the celebration of Nigeria’s 60th independence anniversary, actualization of the sovereign state of Biafra and Oduduwa republic respectively.

Here are photos from from the protests held in Ibadan, the Oyo state capital and in South Africa; 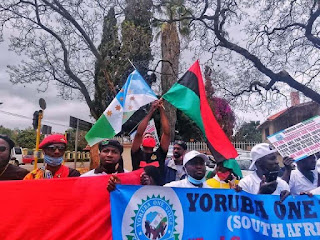 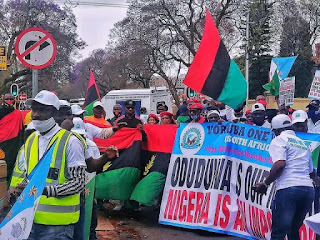 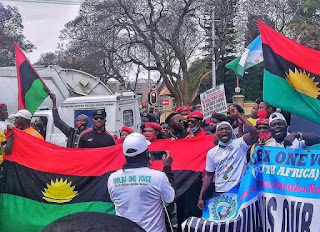 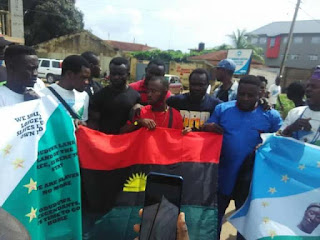 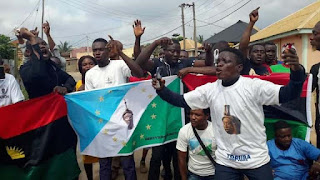 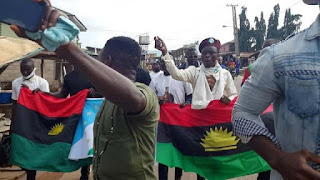 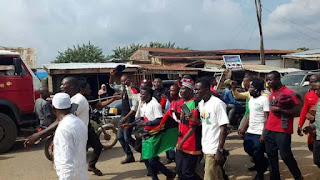 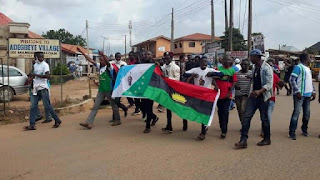 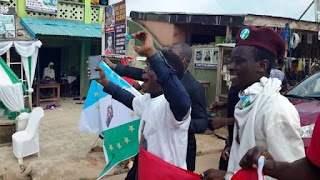 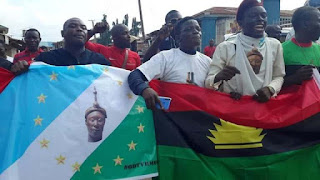