Throwback Photo Of Former Head Of State, Obasanjo With President Buhari In 1976

Throwback Photo Of Former Head Of State, Obasanjo With President Buhari In 1976.

Olusegun Obasanjo is one of the political leaders who was also head of state during the Nigerian military rule from 1976 to 1979, and then as civilian president from 1999 to 2007.

During his tenure as head of state, the current president, Muhammadu Buhari was appointed as the Federal Commissioner for Petroleum and Natural Resources. A position which he held from 1976 until 1979. Here is a throwback photo of Olusegun Obasanjo with Muhammadu Buhari. 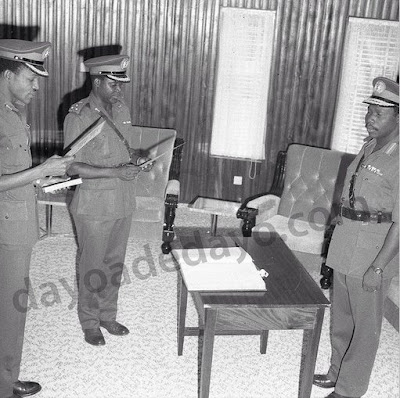 It was learnt that during the tenure of Buhari as the Federal Commissioner for Petroleum and Natural Resources, the government invested in pipelines and petroleum storage infrastructures.