We all know that Goodluck Ebele Jonathan is a former president of Nigeria, have you seen these throwback photos where Gen. Muhammadu Buhari retd., and other All Progressives Congress, APC, members like John Odigie-Oyegun and Chibuike Amaechi, took to the streets to protest against the government at the time.

The protest consisted of thousands of party supporters, and started at the Eagle Square in Abuja through to the Police headquarters. The party at the time were accusing the Peoples Democratic Party, PDP-led Federal Government of playing politics with Boko Haram. 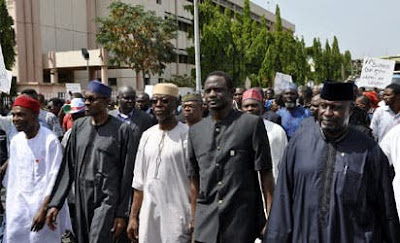 While speaking at the rally, leaders took turns to lambast the former Government, saying that President Jonathan has failed Nigerians in all ramifications.

According to reports, the protest was tagged ‘Salvation Rally’, was aimed at drawing global attention to the increased spate of insecurity, killings, corruption, and police brutality against official opposition. 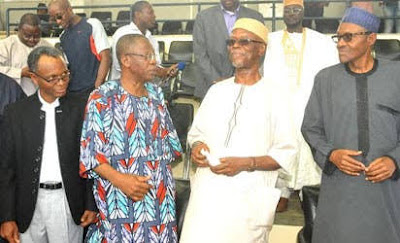 The group at that time also accused former President Goodluck Jonathan and the PDP of gross incompetence and unprecedented display of impunity. See throwback photos of the newspaper report below. 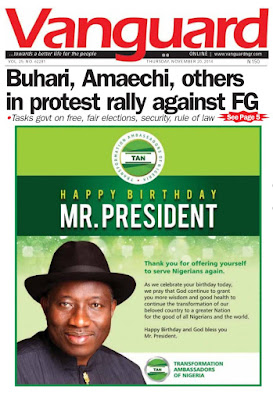 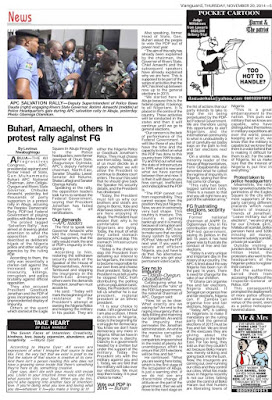