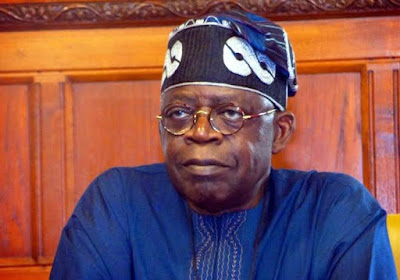 Bola Tinubu, the National Leader of the All Progressive Congress, APC, has denied allegations of his involvement in the sponsoring of #ENDSARS protesters in the country.
The politician cleared the air after some media platforms and Citizens claimed he (Tinubu) was involved in the ongoing protest in the 36 states of the Federation.
Tinubu made this known via a statement signed by Tunde Rahman his spokesman.
According to Rahman, “Asiwaju Tinubu could not have sponsored the #EndSARS protest that has blocked one of the main entries into and out of Lagos and one of the economic arteries of the Lagos State Government. He could also not have sponsored such a protest where he too has been labeled a target by the organizers.