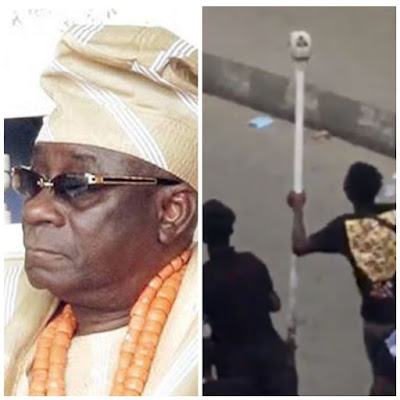 During the past days, the city of Lagos was faced with different challenges, and one of those challenges were the protests against police brutality.

During the course of the protest, some suspected hoodlums had broken into the palace of the Oba of Lagos and carted away with his staff of office. In recent news, the traditional rulers in the state has threatened to cast a spell on the perpetrators of the crime of the staff is not returned within 24-hour.

This was made known by the chairman of the Isale Eko Descendants Union, Prince Yomi Tokosi via a video clip during an interview with Arise TV.