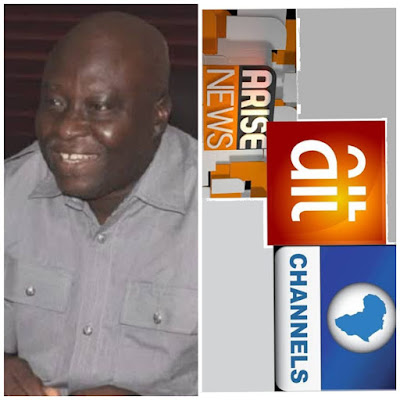 The National Broadcasting Commission has yet again defended her reason for the punitive fine conferred on  AIT, Arise News, and Channels TV terming their action during the historical event as misleading.

It could be recalled that the above fined broadcasting stations were among other TV stations in the World that played the video of the shooting at lekki toll gate, which according to NBC, the video is nothing but  an edited documentary aimed at inciting the public.

The Commission claimed the stations violated sections of the controversial Broadcasting Code by airing a live interview which it termed “inciting”.

The NBC has slammed another N9 million fine on three television stations: the Africa Independent Television, AIT; Arise Television and Channels Television for airing live video coverages of the Lekki Toll Gate EndSARS protests which ended on a bloody note with the military reportedly firing at unarmed protesters with live bullets.

The Acting Director General of the Commission, Prof Armstrong Idachaba, asserted that the fines were imposed because the airing of “unverified” live videos of that historic event was also a violation of the Broadcasting Code.

Like every other Media house, AIT, Arise News and channels posses within them the duty to hold the government accountable, making it rather punitive for NBC to have carried such action against them.