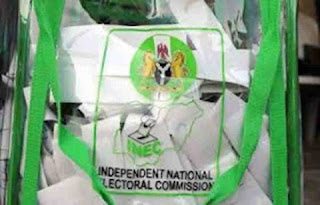 Nigeria as a country has faced alot this year, some of which includes the COVID-19 pandemic outbreak early this year, suspending poll withheld in the month of October as a result of violence in various part of the country etc.

In the past month, PREMIUM TIMES reported that thousands of nigerian youth emerge to protest against police brutality over the citizen of the nation. The protest which later led to widespread violence,  destruction of government private and public properties not to forget numerous looting by hoodlums across the nation.

This brought about the electoral commission to suspend the poll that was supposed  to be held in the month of October and was later rescheduled to 5th of December for the 15 pending state and national assembly  Bye-Election in 11 states. In the position which are tobe contested for in the election, 6 sits are vacant and are to be filled during to the death of the previous occupant and also the election of Douye Diri, the person who represents Bayelsa Central  in the Senatorial house

Location for the election to be Conducted are; Bayelsa Central,  Bayelsa West, Imo North, Plateau South and Lagos East senatorial district. The spokesman to the commission. While announcing a new date for the poll, Festus Okoye  made mention that the new date was fixed following the consultation between critical stakeholders,  the security and the in the affected states has improved but the environmental challenges have reasonably abated, this the commission believes.

Among other things he added that "the entensive damage and vandalisation of the local government office and the facilities which affected some areas where the election are scheduled to be held, has been the major reason why the commission decided to hold and spend the election".