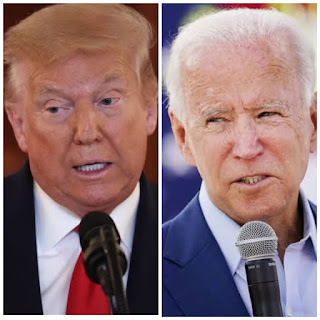 Just Hours after Joe Biden, the Democratic Party candidate was declared winner of the United States election, Trump supporters have taken to the streets to protest against his victory.

From the video which was shared by the punch Nigeria, the supporters were seen chanting some words while they hope for the best going forward.

Watch the video clip below: