Reactions as President Trump disclosed this statement about the US History

It's not looking like this election fraud issue is ending soon with this lastest revelation about the election from incumbent US Preside... 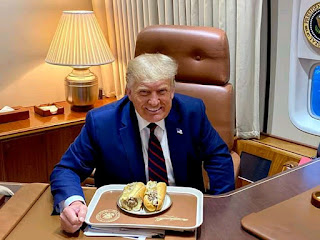 It's not looking like this election fraud issue is ending soon with this lastest revelation about the election from incumbent US President Donald Trump.

You will recall that Trump according to the results released after the election, lost to Joe Biden a former Vice President during President Barack Obama's regime but his yet to concede defeat despite pressure from all angles to get the sitting President to do so.

He is furious about how everything turned out against him and it looks like he will not concede defeat even while out of the White House.

You will also recall that there are still mutiple lawsuit in court against the outcome of the election from the sitting President. Well, the President some few hours ago on his verified Facebook page, just revealed that the 2020 US election is the most corrupt election in the US History. 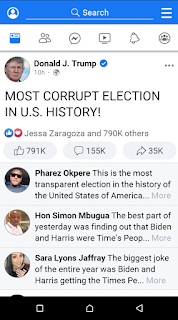 His allegation as sparked off different reactions from his supporters and haters but what we are yet to truly know, is if the President will surely be leaving the White House in January or if he will be sworn in again to continue in office as America President for another 4 years. 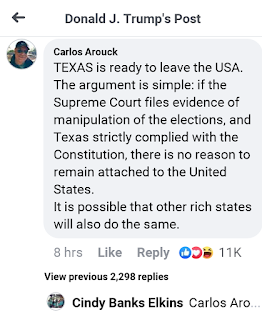 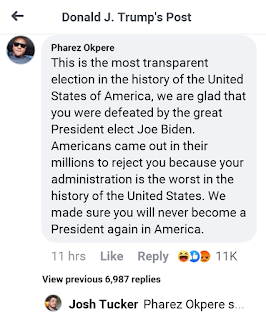 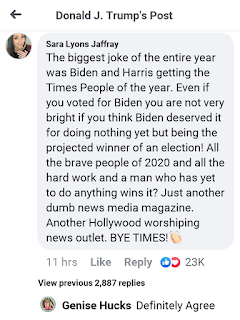 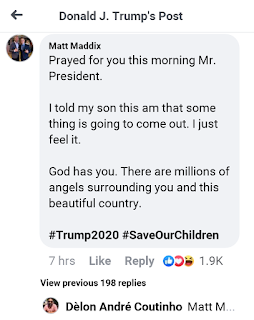 You will admit with me that this year's US election no doubt is full of drama which is not likely to end soon.

What do you say about this recent revelation from Mr President? Please feel free to comment your opinion on this interesting piece of news.