Sanwo-Olu Tests Positive For COVID-19, Here is a List Governors who have Recovered from the Virus

Sanwo-Olu Tests Positive For COVID-19, Here is a List Governors who have Recovered from the Virus 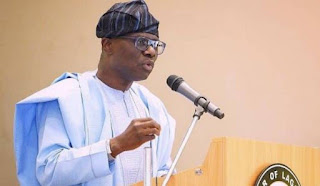 In a statement made on Saturday night by the Lagos State health commissioner, Akin Abayomi, governor Babajide Sanwo-Olu, has tested positive for coronavirus.

The minister also revealed that governor Sanwo-Olu had gone into isolation at his home on Friday following contact with persons infected with the virus.

This is according to the statement which read, “Following Lagos State Governor Babajide Sanwo-Olu’s exposure to a confirmed case of COVID19, a PCR test performed yesterday the 11th of December has confirmed that he has indeed been infected with the virus which is supported by mild symptoms and fatigue typical of a mild case of COVID-19.

“Mr Governor is receiving treatment and is being closely monitored at home by the very experienced State #COVID19 clinical team from IDH Yaba.

We have compiled a list of governors have previously contracted the virus, and have recovered. These governors are:

The Kaduna State Governor, Nasir El-Rufai, has also been isolated in a related development.