COVID-19: Check Out 6 Countries That Are Currently On lockdown To Contain Spread Of New Strain

The fight against the corona virus just took a new turn after a new strain of the virus was discovered. Many countries have taken measures t... 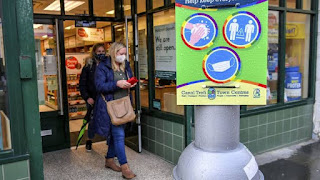 The fight against the corona virus just took a new turn after a new strain of the virus was discovered. Many countries have taken measures to tightened restrictions on their populations so as to fight a resurgence in the virus. 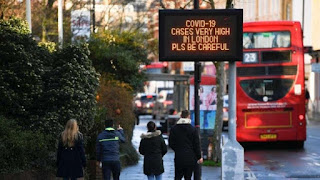 Some countries are still on lockdown as the government tries to tackle the outcome.

According to the World Health Organization the outbreak has now officially been declared a pandemic, and the organization can on all countries to continue efforts that have been effective in limiting the number of cases and slowing the spread of the virus.

Here is a list of countries which are still on lockdown to curb the spread of new COVID-19 strain.

First Minister Nicola Sturgeon earlier issued a stay-at-home order for Scotland which will last until the end of January.

The Netherlands in December imposed a five-week lockdown until January 19, 2021, closing all schools and non-essential stores, in an effort to curb the spread of the disease.

Poland imposed a three-week partial lockdown from December 28, with shopping centres and ski slopes closed as well as a travel restriction on New Year’s Eve. The lockdown will last until at least January 17.

UK Prime Minister Boris Johnson has imposed a new stay-at-home lockdown until at least mid-February to battle through the critical moment in the coronavirus pandemic, which has been exacerbated due to a new highly transmissible variant of the deadly virus.

Germany went into a strict lockdown on December 16, closing all non-essential shops and imposing curfews in some areas, with the measures expected to last until at least January 10.